About Us
Classes/Events
Teachers
Uniform
Notices
Exams
Studio Hire Contact us Log in
More..
About our Cookies and Privacy Policy
This web site uses cookies, collects anonymous information about how you interact with it, and may request personal information from you to provide the best possible service both for using the web site and accessing our dance studios and classes. How we use cookies and any information we collect is described in our policies. 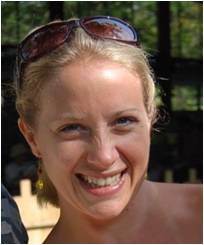 Imogen Knight is a classical ballet & modern dance teacher. Trained at Northern Ballet School in Manchester UK, she holds Diplomas in the Teaching of Dance, is a registered teacher with the Royal Academy of Dance and is an Associate of the Imperial Society of Teachers of Dance. 'Miss Imogen' continues to learn and to be curious about dance & education, attending courses & classes throughout the year as part of her Continuing Professional Development.

Prior to establishing Colours of Dance in Cambridge in 2010, Imogen set up and taught an extra-curricular Dance Programme at the Taipei European School, offering ballet and modern dance. The Dance Programme continues to grow with a new teacher. Imogen was also involved in various other dance-related activities for the International Community in Taipei, such as teaching the Scottish Country Dance classes for the annual St Andrew's Ball and to the children and staff at the SOS Children's Village located just outside Taipei.

Imogen relocated to Taipei from Singapore, where she owned and ran a dance school. Her students in Singapore successfully passed RAD exams and took part in dance recitals & other performances. The school continues to flourish under its new owners.

Miss Imogen's approach is to teach correct technique and educate students about the art and style of the dance type they are studying in an appropriately disciplined class, whilst ensuring that learning dance is an enjoyable hobby for anybody who likes to dance.  At Colours of Dance, Miss Imogen has established a shool founded on the principles of openness, respect, inclusion and hard work, which reflect her personal ethos.

In 2013, Imogen was thrilled to be asked to establish the role of Dance Coordinator for St Mary's School in Cambridge, working alongside staff to raise the profile of dance in the school as part of the successful education of the whole child.  With the growth of Colours of Dance, Miss Imogen stepped back from this role in 2017, after assisting in the recruitment of her successor.

In the wider dance community, Imogen was a member of the RAD Regional Panel for the East of England and Midlands region, serving a maximum 6 year term and in 2016, she became a Trustee of the Royal Acedemy of Dance.

If you have a few moments, we'd love to know why you rated us as you did. You don't have to provide any personal information. In addition to any information you submit on this form we will capture and store the type browser you're using. Please view our Privacy Policy for more information.

Any feedback that looks fake will be invalidated automatically.